The lion is known to all of us as the king of the forest, but the Bengal tiger has its own royal identity too! They are the Royal Leader with a wide territory from India to Eastern China. They are scattered across neighbouring Bhutan, Bangladesh, Nepal and Myanmar. Sadly, due to massive poaching and destruction of the tigers natural habitat, this vast range is now limited into just a few small pockets. In fact, Bengal tigers are listed as extinct animals.

For us, tigers look all the same. However, about thirty years ago, there were about 7 subspecies of tiger.  They have minor differences in size and coat pattern. These differences are a result of the different populations breeding in almost complete isolation of one another, causing regional trails to become exaggerated over time. Geography, more than physical characteristics, defines the tiger family.

The following are interesting facts about Bengal Tigers 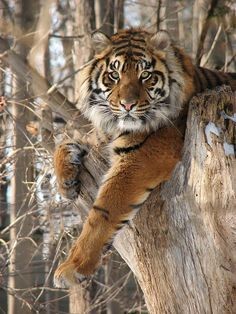 Bengal tigers can easily adapt to any environment. They occupy a wide range of habitats, from grasslands, swamps, and coastal mangroves to deciduous forest and jungle. Their main need are abundant supply of prey and dense vegetation in which to stalk it.

Bengal Tigers are Smaller and Slimmer 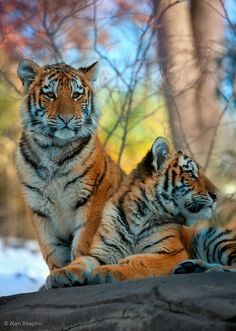 Bengal tigers are smaller and slimmer compared to others tigers found elsewhere. According to studies, this physical change occurred as a form of adaptation to their current environment which require frequent swimming. 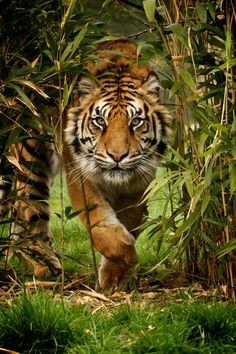 The Bengal tiger’s fur offers a great camouflage in different surroundings. The perpendicular black stripes breakup the tiger’s outline making it hard to spot as it moves through the light and shade of forests. 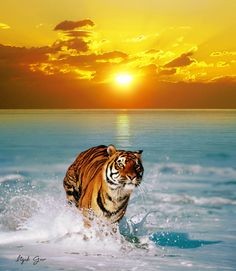 Bengal tigers take a wide variety of prey but specialise in killing hoofed mammals such as deer, antelope, and wild cattle.

Maturity at the age of two 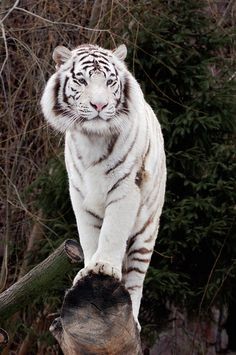 Once Bengal tigers reach maturity at the age of two, male tigers leave the family in search of their own territory, which they mark out with claw marks on trees and scent from their urine. A dominant male may patrol an area of 40 square kilometres and sire several families until old age takes its toll.

The swamps as hiding place 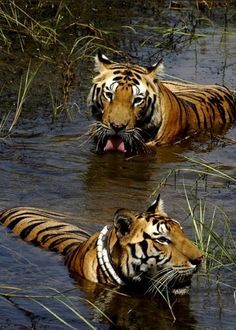 The swamps of the Sundarbans on the Bay of Bengal afford the Bengal tiger natural protection from Man. Local people believe that drinking salty water has altered the swamp tigers’ metabolism and given them a liking for human flesh.

The white spots behind the Bengal tiger’s ears help other tigers to identify it in the gloom of the jungle. 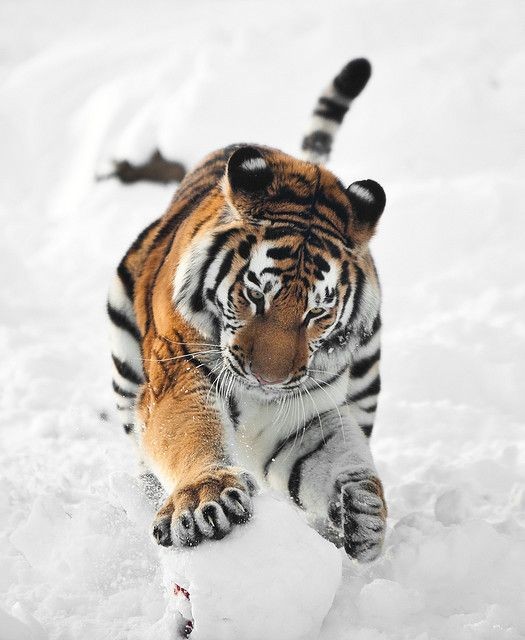 The immense paws can knock prey down with a single blow. The claws are hooked and lethally sharp. The tiger keeps them so be retracting them into the paws when not in use. 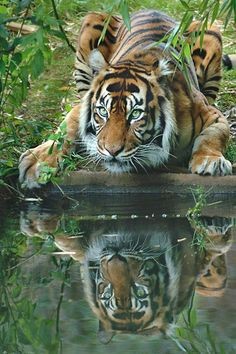 A fully grown male Bengal tiger will joyfully consume up to forty kilograms of meat in one session. They usually leave a fresh kill to decay for a while as this makes the flesh easier to tear away. 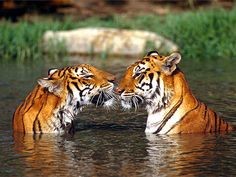 Tiger courtship is noisy. The tigers must first overcome natural aversion to company and there is much snarling and growling. After a while, the female permits the male to come close and the pair may nuzzle and play. Eventually, the female lies on her belly and allows the male to mount her. Mating takes about 30 seconds, and is repeated often for 50 or more times a day for over several days.